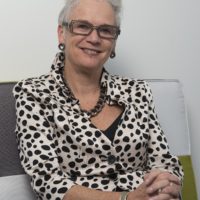 Ara Cresswell was appointed as the CEO of Carers Australia in September 2011.  Previously Ms Cresswell headed up the ACT Council of Social Service, Homelessness Australia, and was Acting CEO of Reconciliation Australia. Formerly a nurse and Social Trainer, Ms Cresswell is a graduate of the Australian Institute of Company Directors.

Australia’s young carers account for a substantial number of the 2.7 million unpaid carers in Australia — more than 270,000 are under the age of 25.  Many of them are teenagers, or younger, grappling with circumstances that would challenge an accomplished adult.

Unpaid carers look after a family member or friend with a disability, mental illness, chronic condition, terminal illness, alcohol or other drug problem, or someone who is frail aged. Young carers may be providing complex, time-consuming care for a parent, partner, sibling, child, relative or friend.

The intensity and time-consuming nature of the caring role can often negatively impact on the experiences of young carers relative to their non-carer peers.

Many young carers emphasise that caring is a positive experience. However, research clearly indicates that, when inadequately supported, their own mental health and wellbeing can be seriously affected.

Research from the Department of Social Services has found that, due to the demand of their caring role, young primary carers (those who provide the most substantial amount of care):

Many young carers are caring for more than one person. They are often from single parent families and can find themselves taking on a caring role for a parent, as well as taking on a parenting role for other family members when the parent is unable to.

Their families face significant financial challenges and their caring role frequently isolates them socially from their peers.

In some cases, their lives have been impacted by domestic violence and other family conflicts. They often have a disability of their own and are subjected to great emotional and psychological pressures. Their families face significant financial challenges and their caring role frequently isolates them socially from their peers. All these factors not only impact on their education, but on every aspect of their lives and their future opportunities.

Carers Australia administers the Young Carer Bursary program, which offers 12-month scholarships of $3,000 to eligible young carers who are currently studying. Applications for the Bursary provide rich insights into why young carers experience negative outcomes. Their stories illustrate the huge impact of caring for someone, especially doing so at a young age. Here are just a few examples of the caring situation many young carers find themselves in:

This year’s National Carers Week campaign ran from 14 – 20 October and included the launch of the Young Carers Network – a website for young carers to share their stories and opinions, attend live webinars and learn new skills.

In our lifetimes each of us is likely to either be or need a carer, so taking care of carers is really about taking care of our families, our friends and ourselves.

The launch took place in a local Canberra school, an event that was mirrored in schools across the country, so that young carers could be acknowledged and celebrated among their peers. By educating non-carers on the caring role and the efforts and achievements of those who may be in their midst, we aim not just to raise awareness of young carers, but also to promote their responsibilities and efforts as something to be celebrated and not hidden.

In our lifetimes each of us is likely to either be or need a carer, so taking care of carers is really about taking care of our families, our friends and ourselves.