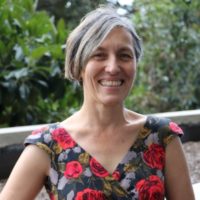 As an Engagement Advisor at Health Consumers Queensland, Leonie works with young people and families associated with the closure of the Barrett Adolescent Centre, as well as mental health consumers and carers and the wider community. She ensures consumers and carers are engaged and acknowledged in the design and delivery of new youth mental health services, conducts community consultation and helps to make change across the system.

Over the past two years working with Health Consumers Queensland, I’ve been lucky enough to be involved in two exceptional projects to do with designing and developing services for young people with mental health issues.

The first project began as a result of the closure of the Barrett Adolescent Centre in Queensland and the associated deaths of three young people. After a Commission of Inquiry, the Department of Health agreed to implement a series of recommendations, including a commitment to work closely with consumers and carers to deliver several new services for young people with severe and complex mental health issues. Health Consumers Queensland’s role has been to facilitate and support consumer and carer involvement throughout the initial implementation of the recommendations from the inquiry and now the ongoing work to build new services.

The second project has been working with Children’s Health Queensland Hospital and Health Service to develop and implement a youth mental health peer worker framework program at Children’s Health Queensland Hospital and Health Service. In order to provide the best possible service for young people accessing youth mental health services, the Y2Y Peer Worker Project used a ground-up methodology to ensure young people, carers and clinical staff were involved. This included working with both an existing youth advisory group, a consumer support officer co-leading the project and the inclusion of young people on the project reference group.

It is also key to changing the culture to one where the idea of developing any service without consumers and carers involved would be considered preposterous.

Both these projects have a common approach – putting the views and voices of young people and their families at the heart of the work. This is no simple feat, but it’s something that is vital and critical to developing successful and effective services. It is also key to changing the culture to one where the idea of developing any service without consumers and carers involved would be considered preposterous.

Both these projects have also had significantly high consumer and carer participation despite the difficulties commonly associated with engaging young people in this space. There have been a number of enablers for this including:

The outcomes from both these projects are yet to be fully realised however the gains made along the way in shifting culture and creating more opportunities for young people and their families to make a difference are contributing to a positive change in the system.