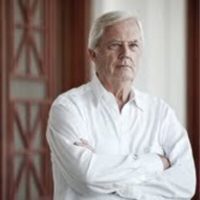 John Menadue AO has had a distinguished career in the private and public sectors. From 1967-74, he was General Manager of News Ltd. He then headed the Department of Prime Minister and Cabinet until 1976. He was Australian Ambassador to Japan from 1976-80. He was Head of the Department of Immigration and Ethnic Affairs 1980-83 and later Chief Executive Officer of Qantas. In 1997, he received the Japanese Imperial Award, The Grand Cordon of the Order of the Sacred Treasure. Since 2013 he has published his blog Pearls & Irritations at johnmenadue.com/blog. He is a Fellow of the Centre for Policy Development and Patron of the Asylum Seekers’ Centre in Sydney. In October 1999, he published his autobiography, 'Things you learn along the way'.

History is repeating itself.

As a result of the growth of PHI since 1999 under the Howard government, Medicare is now seriously threatened. Government subsidies for PHI will take us back to the pre-Whitlam and pre-Medicare era.

The Australian Government today knows that PHI is in real trouble. But for ideological reasons it wants to prop up what John Howard foisted on us in 1999. That is the reason for the current review. It is like putting lipstick on a pig.

There are 34 insurers with 40,000 variations of PHI policies available. Due to complexities and deliberate obfuscation, the public is confused over exclusions, inclusions and gap cover. It is an awful mess and it is not surprising that the public is increasingly sceptical. The former Minister for Health, Sussan Ley, told us:

“Everywhere I go, consumers health insurers, doctors and private hospitals tell me their needs are not being met by PHI….Australians are paying too much for health insurance that does not deliver them much value.”

It all takes me back to what Gough Whitlam said in 1969 about PHI.

“Voluntary health insurance was condemned in the Nimmo report for having become complex to the point of incomprehensibility, charging contributions beyond the means of many members of the community, paying less in benefits than the cost of medical and hospital services, causing serious and widespread hardship through the application of ‘special account’ regulations, appropriating too much of its own contribution income for operating expenses and accumulating excessive reserves.”

What he said then about voluntary/private health insurance is still true today of PHI. It is inefficient and unfair. It is eroding Medicare. And the CEO of NIB has warned us that that is what he wants to see, “to bring us back to the days before…Gough Whitlam introduced Medicare”.

Yet inefficient and unfair private health insurance is underwritten in Australia through an enormous government subsidy.

Private health insurance is subsidised by Australian taxpayers at a cost of $11 billion a year. The motor industry never got a subsidy like this.

That subsidy should be abolished and some of the money saved should be spent to include dental care as part of Medicare, at a cost of about $6 billion a year. Almost 40 per cent of Australians earning less than $75 000 a year cannot afford to see a dentist.

It is important to understand some history to realise the threat of PHI. We have been here before.
The ALP in the Senate in 1968 was responsible for establishing a Select Committee on Medical and Hospital Costs. To head off this report, the McMahon Government appointed Justice Nimmo to conduct an inquiry into health insurance. Not surprisingly, both the Nimmo report and the Senate report condemned the inefficiency and waste of private health insurance that I have mentioned.

Those two reports laid the basis and the reasons for establishing Medicare.

PHI is a grave threat to Medicare but the ALP does not seem to care.

Let me summarise the failings and risks of PHI.

If people want private health insurance that is their right. But why should taxpayers subsidise the PHI industry to corrupt and undermine a universal system that is available to all?

The vested interests in PHI never argue their case in public. They rely on private lobbying of ministers and officials.

PHI is like a Trojan horse to lead us away from world’s best practice in health care, a single public payer with services provided by both private and public providers.