Private health insurance: a conundrum for people with chronic illnesses 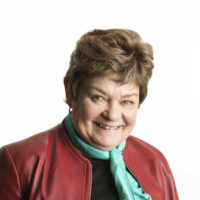 Christine Walker PhD, CEO of the Chronic Illness Alliance Australia, is a social researcher specialising in health policy and services for people with chronic illnesses. She is a qualitative researcher using grounded theory approaches to analyse consumer perspectives and working with consumers to develop policies and services to prevent chronic diseases and to assist the design of more targeted services. Christine has published the results in national and international journals. She has co-edited three books on chronic illness and epilepsy, presenting the most recent thinking about approaches to the care of people with chronic illnesses in Australia. In April 2007 Christine received an award from the University of New South Wales Research Centre for Primary Health Care and Equity for her contribution to chronic disease care. She is working with Epilepsy Foundation of Victoria on a longitudinal survey into the social impact of epilepsy in Australia and with the Centre for Stem Cell Systems to build a consumer advocacy base and assist consumers to make informed decisions on stem cell therapies.

Jason* is in his 40s and has multiple sclerosis. He has always had private health insurance (PHI) and was relieved he kept it up, following his diagnosis. His wife is working and consequently he receives only a part disability support pension. Their total income is less than half of what it would be had he been able to keep up his employment. They have two adolescent children engaged in the usual activities that come with that age: sports, social events and after-hours school activities. Jason considers private health insurance is really important for all the family. Jason pays $5000 a year in premiums. Making the regular payments means juggling money to pay other bills and going without some items.

Beatrice* (55) had a colonoscopy and bowel cancer was detected. She is to have surgery and possibly follow up radiotherapy. She knows she will be off work for at least six weeks and maybe longer. She is relieved she has plenty of sick-leave. Her husband is relieved that they took out PHI when the PHI rebate first came in. Now they can use it to access a high quality hospital with good private rooms and have the surgeon of their choice. A neighbor suggested that care in a public hospital might be as good and the surgery safer, but he thinks that in this situation it is too urgent to wait, and only ‘the best will do for Bea’.

Mary* (73) is a widow and has a musculoskeletal condition, Type 2 diabetes and epilepsy. She has basic PHI which she keeps ‘just in case’. She has recently had several visits to the local hospital ED and was admitted once after a seizure, as a public patient. She is on a Centrelink pension and worries that one day older people like herself will have trouble accessing public hospitals or the government might introduce copayments.

Ralph* (67) has retired and has a generous pension and is financially ‘savvy’ so takes advantage of the PHI rebate. He has PHI at the highest level and being well off considers that he should maintain it to leave public hospitals for those who really need them. He sees a specialist cardiologist privately and does not like the gap he has to meet.

These scenarios are all quite common to people with chronic illnesses with PHI. They represent the motivations for taking out and maintaining PHI. Much of the motivation relates to uncertainty generated by both health policy changes and fiscal changes. In some instances they are related to misperceptions of the public health system. Mary has heard stories about how older people are clogging up the hospital system. Anxiety about his family’s future and not being taken care of by the health system underlies Jason’s rationale for maintaining PHI, even though he does not use it for his own MS care. In Beatrice’s case there is also the perception that private care is better quality than public care and that it will optimise her chances of recovery. Ralph’s motives are both altruistic and related to maintaining his financial independence. However, not using the public system does not necessarily make it more accessible to less well-off people.

We can see that uncertainly created by health policy becomes a nexus with individuals’ values, health-related anxiety, the future of their families and their incomes. This is further exploited by promotions to encourage people to ‘save’ money by taking advantage of the PHI rebate. For many, investment in PHI over many years suggests it would be foolish to abandon it. In some instances it might be said that continuing to hold PHI in the face of burgeoning out-of-pocket costs simply adds to people’s anxieties.

However, these actions don’t always provide people with chronic illnesses with any great advantages. As we can see from the scenarios some people don’t use their PHI because of the gap payments. Many people with chronic illnesses access public hospital outpatients departments for the coordinated specialist care they require from specialist teams, such as physiotherapy, rehab and social work: it provides them with a ‘one-stop’ shop and they learn fairly quickly that declaring their PHI status might create more expense. At the same time using one’s PHI to reduce pressure on the public system does not actually work as hospital usage has continued to rise in both sectors: with private hospitals providing care for people unwilling to wait, wanting elective surgery or short-term acute care and public hospitals being accessed by those with chronic illnesses, complex conditions and requiring critical and emergency care. Some of these people (but not all) will have PHI but may not use it in public hospitals.

Instead of reducing pressure on the public system the effect is to produce greater inequality in the health system.

The perception that private hospital care is better quality is rarely held by people with serious or rare chronic illnesses. Many do not have the means to access services privately (such as people with epilepsy whose incomes are substantially below poverty levels); while for others the standards of care in public hospitals are world standard, as for example with haemophilia and cystic fibrosis. For those people with chronic illnesses who have the means to hold PHI there are some benefits, for example some insurers can offer telephone coaching to assist with self-management and dealing with depression, while others offer limited access to dental services. Some services offered by PHI are innovative and directed at preventive care. These might be considered by the government for purchase to provide to all Australians.

The benefits of PHI are limited for people with chronic illnesses, who often have low incomes and face out-of-pocket costs. At the time of writing, premiums have just risen by nearly 5 per cent leading many people to forecast they will drop PHI entirely. This suggests that the investment by Government into the rebate will become largely wasted. It also suggests that those people still well and on reasonable incomes will have to forego any preventive health programs.

*These names have been changed for the purposes of anonymity.

Private health insurance: what’s in it for people with chronic conditions?