My Experience with the Australian mental health system 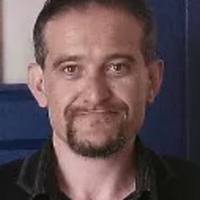 Jason Kevin Groves is a Freelance Writer/Journalist who live is Warrnambool in Western Victoria. He has written extensively about his battle with depression and has spoken in public many times about his experience with this debilitating illness. He is working on a biography of Australia’s first Science Fiction Author, Robert Potter.

I have been lucky in many respects because my experience with the mental health system has been mostly positive, but I know that many people have had a negative experience.

My story begins in Melbourne. I was there to do some research for a novel I had been working on. I had just attended a gig at one of the local pubs and had drank a little too much. I remember leaving the pub, but I must have blacked out for a time because the next thing I remember is standing at the edge of the Yarra River with thoughts of jumping in.

It was then that I heard the voice of my late Grandfather, who had died many years before, saying that I needed to get help. The voice told me that I had to find the closest hospital. Not being from Melbourne, I had no idea where any of the hospitals were, so I just walked until I found one. After about an hour, I found my way to the Royal Melbourne Hospital.

I slowly made my way in and approached the reception desk. After a short conversation with the receptionist, I was told to take a seat in the waiting room

After what seemed like an eternity, but was about half an hour, my name was called and a triage nurse who took my blood pressure and asked me a few questions. She then told to go back to in the waiting room. A while later, a doctor approached me and lead me to a small room, where again I was asked a number of questions concerning the events of the evening and how I was feeling.

More people than ever are being diagnosed with mental health issues and the system does not always treat people well or people might not be able to get help at all.

The doctor advised me that I needed to spend a few days in hospital so that they could run a few tests. He admitted to the John Cade Adult Acute Inpatient Unit, where I stayed for almost a week. During this time, I was interviewed and tested by a number of doctors, and diagnosed with Depression. This was the beginning of my experience with the Australian mental health system.

After spending a week or so in hospital, was sent back to Mortlake in Western Victoria, where I was living with my parents. I was also put an antidepressant’s and given a letter for my GP describing the diagnosis and a mental health plan of which the doctors at John Cade had set up for me.

Over the next few years, I went to counsellors and was put into contact with a service in Warrnambool called Aspire, which is an organisation set up for people with mental health issues. I had weekly sessions with a counsellor, which were either in a room at Aspire or at a local café. During these sessions, we discussed how I was going or just chatted about what had happened over the past week. They also helped me find housing.

They had meetups where we would do activities, such as painting or a bus trip. They also had weekly BBQ’s. You could also just go there to hang out if you were having a bad day.

Fast forward to today and my health is the best it has been in years. I do still have bad days, but thanks to the help that I have had, I know what to do if things start to get on top of me. I also have a great circle of friends who I can turn too if things get too much.

Overall, my experience with the mental health system has been a positive one, but I know that many people have not had it so easy. Like any system, there are problems and things that need to be improved. More people than ever are being diagnosed with mental health issues and the system does not always treat people well or people might not be able to get help at all.

Perhaps one day, we will have a perfect system, but until then more public dialogue is needed to lessen stigma of mental illness so that people who have issues will feel to speak up and get the help they need.

Is the call for ‘patient-centred care’ just another fad, or can it be truly embedded in practice?