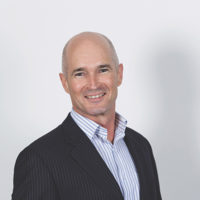 Ian Burgess is Chief Executive Officer of the Medical Technology Association of Australia, representing companies in the medical device industry. He was previously, the CEO of the Australian Dental Association (NSW Branch) and before that CEO of Ortho Group Pty Limited, a privately-owned health business comprising orthopaedic and sports medicine consulting and surgery, hospital, radiology and medical supplies. Between 2007 – 2010 he was CEO of the Australian Orthopaedic Association. He holds an MBA from Macquarie University and a Bachelor of Economics from the Australian National University.

Global advances in medical technology over the past 20 years have resulted in a 56 per cent reduction in hospital stays, 25 per cent decline in disability rates, 16 per cent decline in annual mortality and increased life expectancy of approximately 3.2 years, according to United States health industry figures.

At the heart and soul of the Australian medical devices industry are 19,000 dedicated professionals, committed to making a positive difference to patients’ lives through medical technology.

Last year in Australia more than 2.5 million surgeries took place, and for each one of these surgeries, medical technology played a part. Technology allows patients to hear, to walk, to see, to live or to have a quality of life that they otherwise would not have.

One only has to look at the incremental changes of pacemakers over the past 60 years to illustrate this point. Back in the early 1950’s they were large, boxlike devices around the size of a TV that were initially plugged into mains power and patients were able to move as far as the electrical cord would allow.  They then evolved to devices that were able to be implanted and now have advanced to devices which are the size of a vitamin pill and weigh just 2g.

Getting a pacemaker to weigh just 2g is the result of continuous innovation and iterative improvements which can be based on advances in science, technology and materials.

Just as it took almost 60 years to make a pacemaker the size of a vitamin pill, iterative improvements to materials have allowed the battery-life of a pacemaker to increase from six to ten years. That increase to longer lasting batteries might be more expensive upfront but long-term it is expected to decrease the average cost per patient by 19 per cent, reduce the overall number of replacements by 70 per cent — significant savings to the health system.

Ask Leah Bohm what medical technology has meant to her and her family and the answer is pretty simple.

Her son, aged seven, has been living with an aggressive form of epilepsy since just before his first birthday. Over the years, his neurologist prescribed him drug after drug, full of side effects, desperately trying to offer some relief. His condition was so bad, that Leah felt she barely knew her son. When he wasn’t experiencing seizures, sometimes over 300 in a day, he was recovering from the aftereffects.  Her son has spent at least two Christmases, an Easter and a Mother’s Day, plus a myriad of other days in hospital from the effects of his epilepsy. These included Injuries sustained as a result of falls during loss of consciousness.

For Leah, a miracle occurred on April 24, 2014 when her son’s implant was activated and since then he has been seizure free. It has allowed her to finally meet her son, hidden for so many years by his condition.

Eventually the neurologist suggested he be provided with vagus nerve stimulation (VNS) therapy.

For Leah, a miracle occurred on April 24, 2014 when her son’s implant was activated and since then he has been seizure free. It has allowed her to finally meet her son, hidden for so many years by his condition. But more importantly it has given her son a future, one she never thought he would have.

Australia has an excellent health system that makes possible some of the most up-to-date medical procedures for people like Leah’s son. We are a fortunate country that enables wonderful patient outcomes. In comparison to other OECD countries our health expenditure to GDP ratios delivers high quality health outcomes.

When it comes to regulations of medical devices, the Medical Technology Association of Australia supports Therapeutic Goods Administration initiatives to streamline TGA assessment processes whilst ensuring that TGA activities are in line with global best practice. Our position has been to strike a balance between pre-market assessment and post-market monitoring, so as not to delay patient access to new and improved medical devices that can result in significant benefits to a patient’s life, while ensuring devices are safe and effective.

During the recent Senate inquiry into transvaginal mesh implants we read and heard harrowing stories about how the lives of some women have been negatively impacted. We look forward to the recommendations of the inquiry to identify improvements. Medical device companies have in place robust adverse event reporting systems and comply with the TGA’s mandatory reporting requirements. However, the inquiry heard evidence pointing to potential improvements in the processes and awareness of adverse event-reporting by healthcare professionals and also by patients.

But it is important to understand that you cannot run double blind, randomised controlled clinical trials on a device, especially an implanted device, in the same way that you can do for medicines by using identically looking placebo pills.

Safety and efficacy are the highest priority and the MTAA has been an active participant of TGA consultations over the years.

But it is important to understand that you cannot run double blind, randomised controlled clinical trials on a device, especially an implanted device, in the same way that you can do for medicines by using identically looking placebo pills.

The life cycle of medical devices is much shorter than that of medicines, and the technology moves at a faster pace. Therefore, running large clinical trials over many years is not sustainable for medical devices. Instead significant evidence can be generated from the use of the device outside the clinical trial setting.

Most medical devices are incremental improvements of previous versions with an established history of safe and effective use. Also, some adverse events related to implanted devices become evident only after many years of use. The current regulatory system does recognise the data challenges unique to devices and therefore mandates that adverse event data be reported every six months for the first three years following the marketing approval of a device.

The key challenge is adapting the clinical evidence requirements to take into account the unique circumstance of medical devices whilst recognising the pace of change in healthcare technology.  The advent of 3D printing, combination devices, the internet of medical things, mobile health, Artificial Intelligence, and personalising healthcare through Big Data will fundamentally change healthcare delivery in the future. Concurrently, our regulatory, reimbursement and funding models will need to quickly adapt.

MTAA looks forward to collaborating with stakeholders to identify the needs of our population so that we can better anticipate patients’ needs. At the end of the day everything the medical device industry does and seeks to do has patients as the core focus.