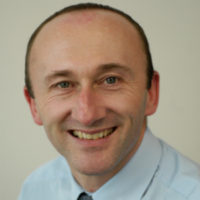 A sharp increase in the number of medical practitioners is occurring in Australia because of the establishment of new medical schools and liberalisation of entry for doctors qualified overseas. Nine new medical schools have been established since 2000, and more are promised, more than doubling the number of medical graduates from 1,503 in 2004 to 3,723 in 2013, an annual growth of almost 12%. Full-time equivalent numbers in clinical roles have increased by 26% since 2005.

Australia has one of the highest levels of supply in the OECD. But the overall numbers don’t reflect the real story.

While most agree that more GPs are needed compared to specialists to cope with the increasing prevalence of chronic disease, the number of specialists has grown at almost 10 times the rate as that of GPs.

Full time equivalent specialists per 100,000 population in clinical roles have grown by 22.2% between 2005 and 2015, compared to only 2.4% of GPs (1). A higher proportion are also choosing to work in cities. Since 2012, the rates of growth for all doctors, after adjusting for population growth, are 2.5% in remote and rural areas compared to 5.8% in cities.

Doctors seem to be choosing locations, specialties, and sectors of work that have the lowest ‘need’ for health care but the highest financial return.

However, government policy doesn’t seem to be helping. Policy is focussed on reducing funding through the Medicare fee freeze, built upon the (failed0 GP co-payment policy. This will further reduce the attractiveness of a career as a GP.

The key issue is about the ‘correct’ distribution of doctors between generalist and specialist care, between urban and rural areas, and between low and high socio-economic status areas. It is, however, very difficult to determine the ‘correct’ numbers and distribution of doctors without more data. Demand and ‘need’ for health care seem limitless because of very high patient expectations and because ‘demand’ is partly determined by health professionals who can reduce treatment thresholds and create more demand if necessary – there are no unemployed doctors – and for many services there is a waiting list. Ideally, one would like some data on not only the numbers coming through, which is what workforce planners rely on, but also the extent to which additional health professionals improve population health and the extent to which they add to health care costs.

Training more doctors and nurses is often politically appealing but can be expensive with uncertain impacts on population health.

Unfortunately this vital information is not available. There are increasing concerns about the quality and appropriateness of health care provided. Most clinical practice variation cannot be explained by patient characteristics alone (3). A particular paradox is the existence of under-treatment for chronic disease and at the same time over-treatment, over-diagnosis, waste and the provision of low value care (4). Without complementary policies that change doctors’ location, career and treatment decisions, current policies aimed at increasing the number of doctors are likely to exacerbate the provision of inappropriate care, inequalities in access and low value care.

Research from the Medicine in Australia: Balancing Employment and Life (MABEL) survey of doctors, funded by the National Health and Medical Research Council, is shedding light on some of these issues. MABEL research has shown that rural and remote practice remains less attractive to most doctors and of zero interest to around 65% of current metropolitan-based GPs (5). Rural background and rural training play an important role, (6) whilst financial incentives are too low (5), and range of other professional and social/family considerations are also important (7). Financial incentives can play a role in changing the balance between public and private sector work (8). Research has shown that expected future earnings influence specialty choice of junior doctors, though other factors also play a role (9). Factors influencing specialty choice are numerous and dominated by the experiences of junior doctors in training rather than unbiased information and data about specialties and the future projections about how many doctors from different specialties we require (10). NSW Health has set up a useful website to provide information to doctors, and the Department of Health National Medical Training Advisory Panel is producing information on the state of play in certain specialties. But putting information out there will not change behaviour. More active interventions are needed to get this information to doctors at the time they choose their specialty, or the process of specialty choice needs to be much better designed so doctors are better matched to specialties according to their skills, preferences, and the supply of training places.
In summary, the distribution of doctors across specialties, private-public, urban/rural, and socio-economic status areas, needs to be changed if access to care and population health is to be improved. In practice it is politically easier to flood the market with doctors, than actively change their distribution. Unfortunately, the costs of these policies are high and benefits uncertain.

Acknowledgements: The MABEL survey is funded by NHMRC. We thank all doctors who continue to take part.