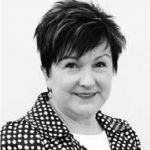 Leanne Wells is Chief Executive Officer of the Consumers Health Forum of Australia.

Concerns about health and climate generated young leaders’ calls at this inaugural conference for a greater say in policy decisions. It’s their future.

Given the challenging issues confronting young people, the Youth Health Forum Summit presented a notable opportunity for young leaders to discuss their issues and solutions. Against the backdrop of the pandemic, life is not easy for many young people, whether it be concern about jobs, housing and/or mental health. And over-shadowing these issues is apprehension for their future on an Earth transformed by climate change.

These gloomy considerations however failed to dampen the enthusiasm and creativity on display at the Summit.

The Summit has vindicated the aspirations that prompted the founding of the Youth Health Forum three years ago.  Those aims included providing a voice for the “missing middle” in health care and to harness the energy and ideas of young Australians for better health care.

Luke Catania, Youth Health Forum national coordinator, has given his responses to questions about the Summit in which he took a leading role. He says the Summit produced three over-arching program themes:

In addition, Luke says, “We focused on ensuring that young people were at the core of any discussion or event on the day. There was a clear theme of giving power over to the young consumers and letting them take control.”

These articles portray the ambition that young leaders are expressing to have their say. For a lively report of the event see Croakey Health Media’s comprehensive account of the Summit here.

It was climate change, and young people’s fears about a faltering response by today’s leaders that prompted the concern of many at the conference. Milly Burgess cited “Eco-anxiety” as being increasingly common among children and young people globally. According to a recent international survey of ten thousand 16 to 25-year-olds, almost half said that their feelings about climate change negatively affected their daily lives. This isn’t surprising says Milly when the same survey showed that three quarters of young people believe that the “future is frightening”. This distress is made worse when young people perceive that the government response to climate change is completely inadequate.

David Titeu says unfortunately, recent data from UNICEF Australia has demonstrated that young people are concerned about their lack of voice in decision-making and in being negatively stereotyped. The proportion of young people aged 13-17 who think there is no clear way for children and young people to feed into the national discussion rose from 26% in April to 65% in July-August 2020. Providing children and young people with a voice on their experiences has never been more important, David writes.

But Neil Paraoh says young people need to realise they can wield power.  It’s a matter of organisation.  Fewer than two per cent of young Australians, by joining join the Liberal/National Party or Labor Party would be able to together control almost every elected position in Australia.  That could shift the dial for both major parties for decades to come – around healthcare, environment, education and all the other causes that young Australian’s feel they are missing out on, says Neil whose own campaigning experience shows that even the most intractable political issues can move within a political party.

Policy-makers need to start taking young people seriously, actively involving the youth voice in all decisions that will affect young people, says Franklin Hooper. ‘Nothing about us without us’ is a quote used by many communities and it holds equal weight in this discussion, he says. Whether it is about where funding is going, what projects are being run, or how mental health policy is created and implemented, there is no excuse for not involving young people.

Sandro Demaio and Kevin Kapeke contend that as we transition into a post-pandemic world, we have an enormous opportunity to usher in an era of greater health and wellbeing, where young people are genuinely seen and heard, and no-one is denied a future that is healthy, regardless of their postcode, bank balance or background. “Young people have provided us with rich insights into their lived experiences in the pandemic and it is vital their voices are heard and centred in our recovery efforts.

There are opportunities to access better mental health services, says Alina Biju but knowing about them is the challenge. Poor health literacy, she says, is not just an issue in the Northern Territory where she lives. It is an Australian issue. There are excellent free resources for young people, but there is a lack of knowledge about existing services. Alina says: “With time I hope, we can have louder conversations about destigmatising mental health issues and ensuring adequate access to resources available to people in rural, regional and remote areas. If the barriers in seeking early interventions are abolished, communities can foster healthier practices in seeking assistance before it becomes too late to save a life.

Georgia Gardner and Kelly Ann McKercher explore a topic that can be of interest to young people seeking to influence health policy.  The use of the language of co-design is everywhere, they say, from organisational strategies to policy mandates and within the recommendations of Royal Commissions. But what do we mean when we use the language of co-design? How can we identify what is and isn’t co-design? And why does it matter either way? Is co-design good while other forms of engagement are less impactful?

These are the sort of questions which Pat McGorry would likely have pondered in developing innovations in mental health services for young people. He writes that during the past decade we saw a rising tide of mental ill-health in young people. The combination of bio-psycho-social risk factors for young people are now further compounded by uncertainty for their future, including climate anxiety, job and financial insecurity and experiences of social injustice and generational inequity. Young people are front and centre among the group in society now termed “the Precariat”. Pat concludes that political leaders need to recognise that “the solution doesn’t rest with tinkering around the edges of a broken, fragmented system, that it will take substantial investment and an assumption of responsibility, particularly by the Australian Government, for youth mental health care that goes beyond the current level of primary care and provides services and supports for young people who are missing out.”

As Gemma Wood and Katie Acheson state, identifying the most vulnerable in society during this key period is particularly important to appropriately target policies and programs, ensuring every young Australian has the opportunity to thrive.