Patients belong in all places where health decisions are made 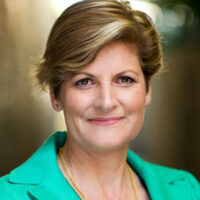 Laila Hallam is a consumer advisor with Sydney Local Health District and Chair of its Consumer and Community Advisory Council. She is an Honorary Associate with the University of Sydney.

Ruth Bader Ginsburg didn’t set out to be a feminist ideologue.  She simply wanted the same opportunities as men.  Not more.  Not less.  Born in 1933, and a Harvard law student in 1956, one of only nine other women, she lived in an era of norms that placed women at the ‘centre of home and family life’.  In 1993, she became a Justice of the United States Supreme Court, the highest court in the land.  She sat on the bench until she died in September this year.  She demonstrated what was possible, and her judicial decisions reflected it.  Feminism, women as equals, was not her ideology.  It was her life.

Fast forward, whilst the issues are vastly different, our Australian health systems are grappling with change.  Whether transformational or incremental, change is on the agenda.  They are not alone in recognising that the industrialised, specialty models of health care delivery, evolved over the past 70 years, have skewed too far.  Health care has become transactional.  Elevating clinical outcomes as proxies of success in their own right, the person attached to the clinical outcome has become the unintended commodity.  Our systems have excelled at the simple, the common and the acute conditions.   The care and treatment of people with the complex, rare and /or chronic conditions have become dependent on the attentiveness and willingness of individuals providing the care to go beyond the systems and processes.

Recognising the need to change, in 2012, the Australian Commission on Safety and Quality in Health Care (ACSQHC) introduced and prioritised Partnering with Consumers into their national accreditation standards.

Since 2012, the momentum for health providers to meet the new standard has been on-going.  The standard also explicitly requires consumer representatives to voice and advocate patient perspectives to guide and co-design effective systems and processes that enable patients to heal on their terms.

To be an enduring consumer representative in our health system… is to be resilient.

To be an enduring consumer representative in our health system in Australia, is to be resilient.  Many have come to the role of having experienced or witnessed severe illness in their own lives.  Some continue to.  They have faced illness, felt the fear, managed the complexity, endured, and survived.  They have insights to share.  These people come with a high baseline of demonstrated mental and emotional strength.

But going from principle to practice has been hard.  Really hard.

Patients, as the receivers of care, are one obvious stakeholder group.  Service executives and clinicians as the providers of care, are another.  And system administrators, who fund the system and are accountable to their public, are the third key stakeholder group.  However, when it came to who and how of the stakeholder groups to be involved in service design and decision-making, the hierarchy of the existing status quo remained – prioritising system administrators, and service executives and clinicians, over consumer representatives.  Their participation is by invitation, rather than embedded, and their involvement predominantly advisory.

The disruption of COVID focused our systems.  Crisis brought out their best.  The glacial pace of system-wide change was replaced with significant, adaptive and rapid change.  Resources were re-prioritised, reorganised, consolidated and adapted.  Their resilience was demonstrated.  Systems though are a function of the people who put the systems in place and those who make them work.

Driven by the situation, tight decision-making circles were formed to develop system and service responses.  In turn, they surrounded themselves with networks of experts to draw on for guidance and communication.  Stoic and herculean efforts were made by staff to adapt and keep themselves and their patients safe.  Pertinent priorities and compromises were debated.  Decisions were made and implemented.

However, consumer representatives were excluded from these important discussions, and without their presence, consumers of health services lost their voice as stakeholders in decisions impacting them.  Whilst decisions were made with deep knowledge to the medical and system repercussions, without consumers present, the repercussions on patients and citizens had no voice devoted to advocate for them.

Whether different decisions would have been made is now for history to debate.  But it may have meant that these diverse voices and different perspectives may have contributed to a richer balance of ideas and to more considered implementation responses.  In turn, some of the more severe traumatic burdens placed on patients, citizens, and staff too, may have been minimised.  The sad fact is that most of these burdens faced by patients and families will never be known by health services, and some will surface or compound over time.  Some though will be picked up in the reporting over time – premature deaths as a result of delayed diagnosis, delayed treatments, de-prioritised chronic illness management, recognised and unrecognised mental health illness, and the isolation of our most vulnerable (especially in care facilities).  This is a reflection, not of blame, but of possibilities, learning and improvements.

This exclusion demonstrated that consumer representation is not an embedded part of our approach to health care influence and decision-making; and as result, was deprioritised when things got tough.  There were no seats at the table for consumer stakeholders.

Whatever the reasons, they are less important than the perception drawn.  Ultimately, the contribution of one of the three significant stakeholder groups was deemed dispensable; and confidence in the systems’ commitment to patients as worthy stakeholders, diminished.

Recognising this, leading consumer representatives turned to each other, and self-organised.   They came together to find other ways to advocate.  As system administrators, service executives and clinicians have their own like-minded networks to connect with, share ideas in and learn from; the opportunity is now ripe for consumer representatives to do the same.  These forums build knowledge, confidence and skill.  They bring more resilience through rigour and community. They are to be encouraged and strengthened.

COVID has been the disruptor that exposed how lightly consumer representatives are embedded in health service decision making.

However, they do not replace stakeholder groups working together, challenging and supporting each other as peers.  A resilient system is not one that stands firm in the face of change.  Instead, it is the system that adapts and evolves, and survives and strengthens while remaining true to its purpose.  Its patients.

COVID has been the disruptor that exposed how lightly consumer representatives are embedded in health service decision making.  COVID responses made without consumer stakeholders present as peers cannot be patient-centred.  Now is the time for systems to acknowledge, commit, embrace and re-connect with its consumer representatives, bring them into the fold as peers, and together re-imagine the future for the benefit of all. 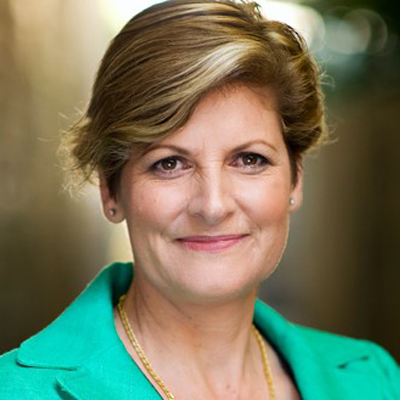 Laila Hallam became an accidental advocate for her father more than 10 years ago. Tortured with a rapidly failing body, and losing his ability to speak, Laila took on her father’s voice as he lost his. Her focus since is to recognise and facilitate the immense value and knowledge that patients and their families contribute to their own personal healthcare – for better, safer health outcomes. She has had over 25 years in senior sales and marketing roles. Following four years studying Patient-Centred Care and its impact on safety and quality, Laila is now an Honorary Associate with the University of Sydney. She is also employed by Sydney Local Health District as a consumer advisor and Chair of its Consumer and Community Advisory Council. She is also a Board member for Agency for the Clinical Innovation (ACI) and Clinical Excellence Commission (CEC). Most recently she been appointed Co-Chair of the COVID-19 Consumer Leaders Taskforce, initiated by Health Consumers NSW..

Learn from, not about young people