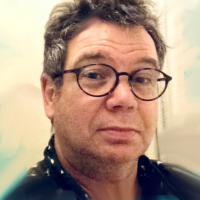 Trevor Rowe is a researcher, writer and visual artist. He is Healthcare Editor at IdeaSpies.

In late 2019 my elderly mother had severe hip pain and was admitted to the geriatric ward of a metropolitan hospital. I wanted her to go to the orthopaedic ward but the Emergency Department doctor said, ‘Your mother is old, she will go to the geriatric ward!’  She went to a shared room with three male patients.  It was awful.  I soon became concerned about the culture of the ward and the medical treatment.  Things happened too slowly, key people were going on Christmas holidays and a treatment plan was lacking.  There were unnecessary delays and treatment errors that proved catastrophic and resulted in my mother’s death.

As a caregiver for my mother in her home, I had frustrations with the age care system but I liked to believe things would be different for any older Australian when they were in hospital.

As a caregiver for my mother in her home, I had frustrations with the age care system but I liked to believe things would be different for any older Australian when they were in hospital.  Observing my frustrations with things in hospital, a friend suggested I engage an independent patient advocate.  This sounded like a good idea but I did not know what it meant.  I had never heard of independent patient advocates and I baulked at having to pay for a service that I did not understand even though I strongly felt the need for someone to stand in our corner and help us navigate the hospital environment.

In a July 2020 submission to the Royal Commission into Aged Care Quality and Safety, I wrote that if I had one regret about my mother’s time in hospital, it was that I never engaged an independent patient advocate.  By the time I wrote the submission, I had witnessed how an experienced independent patient advocate, Sydney-based Dorothy Kamaker, could have a positive impact on health outcomes of another patient.

I now know that an independent (or private) patient advocate is a medical professional with training and experience in patient advocacy.   They understand the hospital environment and are not intimidated by it. They help consumers to be well informed so that they can make good decisions about their own medical treatment.  An advocate will negotiate and mediate to ensure the required outcomes are achieved.  They work to keep service providers accountable.

We all want person centred care but there are too many hospitals in Australia where it is non-existent.  The recent parliamentary inquiry into hospitals and healthcare in regional New South Wales highlights just how bad things are in one part of Australia. The Inquiry followed a 60 Minutes report titled, The greatest loss, in which 60 Minutes reporter Liz Hayes chronicles the demise of her own father Brian Ryan in two NSW regional hospitals and the demise of Allan Wells, the father of ABC journalist Jamelle Wells.  It is profoundly sad viewing.  These stories resonated with me in a painful way.

‘Iatrogenesis’ means harm or death due to medical treatment or medical error.  Pre-Covid estimates of iatrogenic deaths in the United States were reported by researchers at John Hopkins University to be in the order of 250,000 per year.  This is significantly more than the 150,000 deaths per year due to respiratory disease.  A subsequent study estimated annual iatrogenic deaths in the US at 440,000.

…. estimated deaths due to medication errors in Australia are in the order of 11,000 per year.

Professor Libby Roughead at the University of South Australia

Professor Libby Roughead at the University of South Australia has estimated deaths due to medication errors in Australia are in the order of 11,000 per year.  MEAG (the Medical Error Action Group) estimates that the annual number of iatrogenic deaths in Australia is closer to 54,000.  The World Health Organization is concerned about patient safety and says that the risk of death due to air travel is about 1 in 3,000,000 while the risk of death due to medical treatment in a hospital is 1 in 300.

There is growing appreciation that while there are ongoing improvements in medical science, medical technology, medical treatments and medical expertise, there is a decline in case management.  In part this is due to pressure on health budgets, the growing complexity of medical treatments and the fact that many patients have co morbidity, that is, multiple medical conditions.

Poor case management means consumers do not receive appropriate treatment. This could be simply a question of timing: patients and their families and/or carers often wait long times for appointments with medical and other staff and in a hospital context the relevant people may fail to appear.  This was my mother’s experience.  Poor case management creates situations which are conducive to medication errors.  You can have well-funded and well-staffed hospitals but if you do not have good case management things will go wrong.  Patients will suffer.  Some patients will die.

As healthcare becomes more complex, larger hospitals are employing their own patient advocates and navigators although the latter are more like administrative coordinators.  Leading consumer organisations such as the Consumers Health Forum of Australia (CHF) are supporting the introduction of a network of care coordinators and health system navigators. I applaud this but health consumers also need to know that they can have their own independent patient advocate.

While the existence of advocates and navigators in hospitals is a welcome step towards person centred care, any advocate or navigator employed by a hospital will, in the end, have loyalty to their employer rather than a patient. This an important issue and is summed up by the saying, ‘Who pays the piper, call the tune.’

Some people react to the idea of independent patient advocates by saying not everyone can afford the fees. I would make the following comments:

In conclusion, independent patient advocates have an important educational role and part of that entails helping people to be better health consumers, helping them understand how to interact with the increasingly complex healthcare system. Sometimes we need help to be good patients.  If you are single, who will stand in your corner when you are in hospital?

The ideas in this article are presented in more detail in a submission to the NSW Parliament’s Legislative Council Portfolio Committee No. 2 for its Inquiry into health outcomes and access to health and hospital services in rural, regional and remote New South Wales. 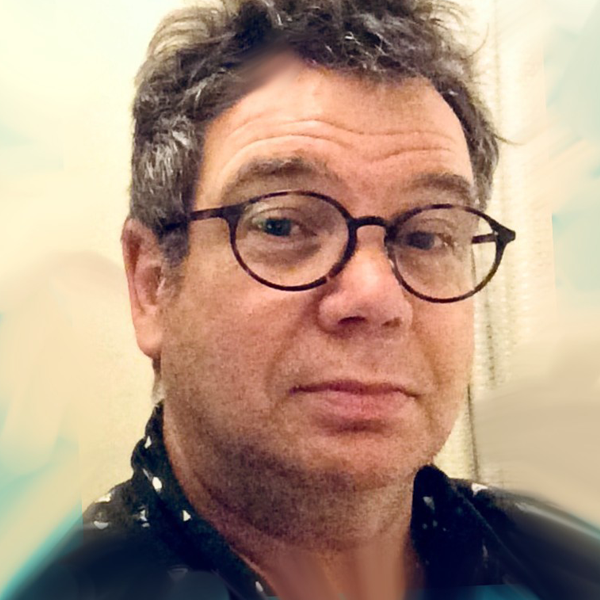 Trevor Rowe is currently the Healthcare Editor at IdeaSpies. He has a background in economics, information management, information systems and business management. He has been secretary to various parliamentary committees in the Australian Parliament, including the Joint Committee of Public Accounts and Audit, before working as an Executive Director in the Australian National Audit Office.

From 2003 he worked in the United Kingdom on major reform projects, which included creation of the UK Supreme Court. He was a program manager for the Nursing and Midwifery Council, which is the regulator of 740,000 nurses in the UK.

Trevor has worked for several international organisations, including the World Bank. In his early career he was a hospital administrator.