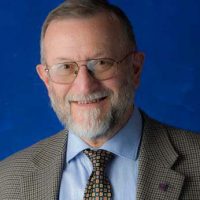 Peter Martin OAM is a former rural secondary school principal and professional association leader who has had extensive experience as a public hospital board member and leader, as well as membership of boards and advisory committees in primary care, health finance, public dentistry, infection control, medical ethics, clinical governance. He has also been a Bail Justice and a Justice of the Peace and is currently a member of the Victorian Post Sentence Authority.

Thinking about this topic in the current context is one thing – thinking about it as it might look in 10 years is fraught in the extreme.

As it is each state and territory has its own approach, complicated by the private/government divide, along with the fact of Commonwealth and local government involvement at a range of levels and in a variety of fields. The wonder to me is that despite this confusing, complicated and in many ways, illogical ‘system’ Australians enjoy one of the better health arrangements in the world.

If we were starting with a blank sheet of paper I very much doubt that we would end up with what we have at present. We do not have that luxury. The complications produced by three levels of government, powerful vested interests at every level, (each hand on heart proclaiming that they are focused on the interests of their patients), the rural/urban divide, an adversarial political system which has a very short time focus due to short electoral cycles, an often partisan media, and an unwillingness by governments to listen to evidence: it seems to be an impossible task to make sense of what we have, let alone try to come up with sensible, achievable ideas for improvement – in an environment full of ‘what ifs’!

… a hierarchy of service providers each very protective of its patch…

All the available evidence suggests that the old maxim prevention is better than cure is indeed true. So why is this not the demonstrable focus of all areas of health services? The answer, I suspect, lies in its piecemeal development: geographic, chronological, political, specialty, and even knowledge. The natural human characteristic to own, control, protect and benefit from what one has discovered, developed, and learned, (particularly when ego and status are involved) tends to trump the broader public interest. Hence the development of silos, rigid career structures, proprietorial common interest groups – a hierarchy of service providers each very protective of its patch and place in the scheme of things.

In the background are the big (huge!) elephants in the corridors, if not in the room, such as a dysfunctional health insurance industry each with its (expensive) management structure and reliance on being bailed out by government almost on demand, a public/private divide a large part of which, despite significant government funding is not available to those most in need: indeed a two-tier health ‘system’ now exists in practice if not by design. Many would argue that it is by design!

Reform will be hard, extremely hard. It requires challenging cultures, perceptions, hierarchies, status concepts, structures and business models. It will require a huge commitment to educate the public that bricks and mortar and ‘shiny machines that go ping’, to quote one Minister for Health of my acquaintance, are not what a good health system looks like. There should be fewer photo opportunities for politicians and bureaucrats opening buildings or turning sods and more emphasis on good news stories where fewer patients and even less money spent on health make the headlines. Opposition spokespeople will not be talking about waiting lists (manna for Oppositions as I heard one say). They will be looking for reasons why the numbers seeking and gaining admission to hospital are not falling!

We already know that a large proportion of hospital admissions is the result of poor life choices.

Can this happen? Well not that long ago we despaired of ever reducing the road toll associated with drink driving. A concerted and very focused public campaign changed perceptions and cultures in a comparatively short time. A similar outcome is well on the way to being achieved with smoking.

The need is obvious. We already know that a large proportion of hospital admissions is the result of poor life choices. We need to raise the status of those who work in primary health. We need to raise the level of health education in the community – it has always puzzled me that people will latch on to fads and fashions but not to facts. But this can change – the drink driving and anti-smoking campaigns show it can be done.

We need to think about better ways to remunerate and raise the status of health professionals involved in providing preventive services. We need to change the focus and culture of many in the medical professions. We need to provide the reliable and friendly technology which allows all who need it to gain access to these services. We need to educate the public of the benefits to be gained personally with improved feelings of well-being and as a community, where we (they) are not wasting huge sums to shut doors after horses have bolted. We need to make adequate preventive health personal.

It will require restraint and encouragement from those with the power at present. Business and practice models and funding will need to change so the focus is on prevention not crisis management. Surely it is possible to develop appropriate models which re-assure all parties that they have a place in the (new) sun! None of this is to be construed as suggesting that we close all hospitals and institutions tomorrow. They will continue to be needed but they should not be our only high-status institutions. Let us see awards going to preventive health professionals. (Surely one of the lessons of the current corona virus pandemic is the importance of simple, low cost infection prevention knowledge and practices). Let us see well-endowed institutions with well-known public figures on their boards and in leadership positions who constantly advocate how the public is benefitting from their presence and how much money is being saved and used for other purposes.

There are smart people with greater knowledge than I possess who should be encouraged and funded to develop new models of care. It will require courage, perseverance and great skill but I am convinced that it can be done. I am old enough to remember the battles fought by Bill Hayden as he led the introduction of Medibank. He was steadfast, he was measured, he did not react to provocations and distractions. He stared down the opposition and the vested interests.

It is time for us to discover a new Bill Hayden and introduce something better.