Prevention – what does success look like and how do we achieve it? 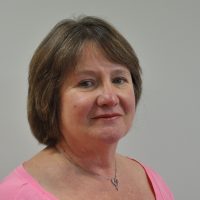 Claire Hewat, BSc (Hons 1), Dip Nutr and Diet, Dip Management, is CEO, Allied Health Professions Australia. She joined AHPA in 2018 after previously being CEO of the Dietitians Association of Australia for 14 years and prior to that Director of Community and Allied Health in South Western Sydney. Claire represents AHPA on the National Preventive Health Strategy Expert Committee.

When I was first asked to write this article ‘COVID19’ had not been named and there was limited awareness of the huge impact it was likely to have. The focus in the area of prevention was largely on chronic ‘lifestyle’ diseases which, at least in the western world, loomed much larger than any infectious disease. Many had been lulled into a false sense of security that the need to focus on widespread infectious disease prevention was the preserve of third world countries. That security has now been well and truly shaken.

Our perspective has necessarily become focussed on an immediate threat but that does not mean we need to forget about other aspects of prevention and the two are inextricably linked. The greatest impacts of the current pandemic are on older people and especially those with chronic diseases. Prevention of chronic diseases or managing them to prevent further complications has never been more important. Whilst we all hope fervently for an effective vaccine to COVID19 there is no certainty when or if this will happen, and we may have to live with this tiny, mindless wrecking ball for some time. Being fit and healthy is no guarantee of safety but it is certainly a good insurance policy.

We cannot stop people getting older, but we can help them to age well…

The statistics out of China and increasingly from other parts of the world show that those with hypertension, heart disease, diabetes, asthma and obesity are more likely to die as a result COVID19 infection. Smokers are at a higher risk. People suffering from mental ill health are known to have much higher rates of comorbidities and thus are at greater risk. We cannot stop people getting older, but we can help them to age well and reduce their risks from the chronic diseases themselves and the secondary risks they pose such as in a pandemic or even a standard flu season.

During this crisis, secondary prevention to limit progression of existing chronic disease is a high priority to keep people out of hospitals and aged care facilities but this is made challenging by the conditions imposed to slow the spread of the pandemic. Immunisation to prevent other communicable diseases is also of the highest importance.

Had we been more successful over recent decades in tackling preventable conditions such as obesity, type 2 diabetes and hypertension there would be less people in Australia (and elsewhere) at higher risk right now. Australia has a proud history in prevention activities. Our response to the HIV / AIDS crisis led the world, our record on addressing cigarette smoking is enviable and ‘Slip, Slop, Slap’ is now part of the lexicon. Unfortunately, the responses to some of the more complex and thorny issues have been piecemeal and some have been derailed by short-term economic interests trumping long term costs; and by a variety of vested interests including some which might come as a surprise to many.

Over recent years there has been a strong emphasis on personal responsibility as opposed to modifying the environment to make healthy choices, easy choices. The belief, or more accurately hope, has been that by educating the consumer they will be empowered to make the right choices. It is a nice theory but not always very effective in the real world where there is generally poor health literacy and a range of other imperatives which relegate the pursuit of good health to the too hard basket. This has been further complicated by the rise of social media where ‘snake oil salesmen’, who have always been with us, have been able to amplify their voices. Addressing everything from immunisation to diets and cancer cures these ideas, at best distracting or at worst downright dangerous, have diluted and confused genuine efforts to improve health.

Health care funding is directed toward the ‘pointy end’. Just two percent of the entire health budget is directed towards prevention. In primary care, funding for chronic disease management is almost entirely invested in treating conditions after they develop rather than intervening early when warning signs are detected such as impaired glucose tolerance or mild overweight. Supporting allied health professionals to provide government funded services at that earlier point has the potential to make a big difference to eventual outcomes particularly as those who are least able to pay for health care carry the greatest burden of risk. Allied health professionals have been undertaking preventive health work across the continuum for a long time. Often this is in spite of the health system not because of it and it is time that changed. This is something we hope will come out the 10 Year Plans being developed.

We have pretty good evidence of what can work in prevention.

The current pandemic and former the HIV / AIDS crisis clearly demonstrate that the threat of rather immediate death tends to focus the mind, as does the thought of obviously painful and distressing demises such as lung disease and melanoma. However, telling an 18-year-old that they need to eat better, exercise more and drink less alcohol because they might die of something in 40 years is a hiding to nowhere. Taking a community approach by surrounding people with healthier alternatives, intervening at key touchpoints in people’s lives such as leaving home, partnering, starting a family, starting a career or as soon as risk factor is detected give more hope of success.

We have pretty good evidence of what can work in prevention. Unfortunately, there is a soul-destroying tendency to fund numerous pilot programs subject to political cycles, which even if successful are, more often than not, allowed to lapse as priorities shift.

The decision to look at a 10 Year Plan for Preventive Health is welcome and hopefully work on it can resume as soon as reasonably possible. The most important thing that should come out of it is to transcend short term political cycles and implement a consistent, sustainable and evidence-based approach where we prioritise spending on keeping Australians well rather than waiting until they are sick to address largely preventable conditions. This will take a whole of government approach, something often discussed but so far beyond our ability to achieve.

One good thing that just might come out of the current crisis is a renewed understanding that science, medical and otherwise, is rather important to the future health and safety of the world. The application of science and its evidence to prevention in the broadest sense may once again get the respect it deserves.

The road forward for preventive health

The future for preventive health in Australia