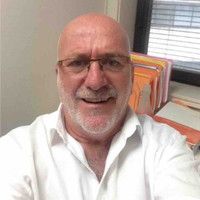 Tony Lawson has been chairman of the Consumers Health Forum of Australia since 2014. He has been a board member of the Australian Council on Healthcare Standards since 2012, chaired the National Working Group on Performance Assessment of the National Health Performance Authority and was a member of the Australian Atlas of Healthcare Variation Advisory Group, Australian Commission on Safety and Quality in Health Care. He was also the CHF representative on the Ministerial Working Group on the Reform of Private Health Insurance.

In recent years consumer representation has flowered in various areas of health care, including in the accreditation of health service organisations.  Hospital adverse events are now more likely to prompt calls for greater consumer involvement in safety and quality systems, a trend supported by national standards introduced this year strengthening the consumer role.

Before 2013 the involvement of patients as advisers for improving and monitoring quality and safety at the clinical level in health service organisations (HSOs) in Australia was rudimentary and not systemic. In 2013, Australia adopted the National Safety and Quality Health Service (NSQHS) standards, developed by the Australian Commission on Safety and Quality in Health Care (ACSQHC) through a widespread national consultation across key groups (Braithwaite et al. 2018, Greenfield et al. 2016). The NSQHS standards aim to improve the quality of health service provision in Australia and provide a nationally consistent statement of the level of care consumers can expect from HSOs.

Australia has also seen the emergence of consumer involvement in the assessor workforce which accredits HSOs.

The first two standards relate squarely to the role of patients in HSO governance, clinical governance and improvement. They recognise the growing evidence that partnerships between HSOs, health professionals, patients, families and carers can lead to enhancements in health care quality and outcomes by increasing safety, cost effectiveness and patient and family satisfaction (Australian Commission on Quality and Safety in Health Care 2017a). The Commission had responded to consumer consultation during the development of the standards, during which there was a strong call for assessing HSOs on how patients and patient insights are integrated into governance systems to maintain and enhance the reliability and quality of patient care, and improve patient outcomes. Additionally, there was a desire for assessment of how leaders of HSOs implement systems to support partnering with patients, carers and other consumers to improve the safety and quality of care.

The introduction of the NSQHS standards changed the game for HSOs. To attain accreditation (every 3 years), Australian HSOs must demonstrate how patients are involved at the clinical level through governance systems and how they partner with consumers in making decisions for service planning, developing models of care and measuring service and evaluating systems of care. This has stimulated significant shifts in HSO culture and practice. While there is scope for further improvement and increased maturity, there is demonstrable evidence that patients are increasingly and systemically being involved in governance, clinical governance and in shaping consumer partnership programs and initiatives within HSOs (Freeman et al. 2014, Nathan, Stephenson, and Braithwaite 2013).

Australia has also seen the emergence of consumer involvement in the assessor workforce which accredits HSOs. There has been a growth in the number of consumer assessors, that is individuals who have developed expertise and experience around consumer involvement in health. Some accreditation agencies have recognised the merit in, and actively developed a pool of, consumer assessors to concentrate on the achievement of this NSQHS standard.

Consistency is an important factor in the legitimacy of assessors; the concept of inter-rater reliability plays a key role in assessment outcomes (Greenfield et al. 2009). Factors influencing consistency among assessors include their style, objectivity, understanding of the context, flexibility as well as the degree of interpretation required to assess compliance with a standard based on rationale, evidence and observations (Greenfield, Braithwaite, and Pawsey 2008). Most assessors undertake two associated but different tasks—verifying that a standard or recommendation is met and advising on continuous improvement strategies. The process places much emphasis on verification of documentation, but many assessors also use informal conversations as a source of evidence, particularly conversations with consumers and patients.

Education for clinical leaders in the principles of partnering with consumers and the value that consumers can bring to governance and quality improvement initiatives should be considered across Australian HSOs.

The burden of complying with standards may well reduce as quality improvement becomes embedded in the culture of HSOs—or at least, that is the theory. However, there is a way to go. For example, it has been observed in some HSOs that consumers are not engaged in clinical governance because it has been reported that senior clinicians are not ready for this to occur. While it has also been observed that consumers have been involved in service planning and performance assessment, it can be fragmented and appears as “busy work” with no joined-up or logical reporting lines or outcomes. All in all, the NSQHS standards have laid significant foundations for patient and consumer involvement and, importantly, have been shaped and administered with the input of consumer leaders. They compel Australian HSOs to involve consumers in their governance and quality improvement systems, processes and initiatives and they have spurred an emergent new workforce centred on the consumer assessor. Consumer involvement in both administering and embedding the standards is therefore on an improvement trajectory.

It has been observed that education for clinical leaders in the principles of partnering with consumers and the value that consumers can bring to governance and quality improvement initiatives should be considered across Australian HSOs. If well designed, such education will assist with receptiveness and readiness to embrace these initiatives. Localised education for experienced consumer advocates in improvement science and methodology should also be envisaged and steps might be taken to further develop and formally recognise and mandate the role of the consumer assessor system-wide. Indeed, the second version of the NSQHS standards which came into operation on 1 January 2019 features strengthened standards pertaining to consumer involvement in governance and quality improvement initiatives and a heightened emphasis on health literacy to encourage HSOs to communicate with patients in ways that support effective partnerships.  Indeed, the involvement of consumers in clinical governance via clinical senates/councils needs to be more seriously embraced by HSOs. This would result in an improvement in clinical governance and provide greater confidence of the public that HSOs are delivering safe care.

Finally, the introduction of short-notice or unannounced assessments may have a number of benefits including  greater efficiency in assessing clinical standards, the reduced capacity for organisations to ‘game’ assessments, encouraging longer-term improvements to practices and health outcomes, the  potential to make assessment processes more efficient by removing the demands for advance preparation of documentation and achieve enhanced efficiency (Australian Commission on Quality and Safety in Health Care, October 2017).

While the value of safety and quality accreditation is hotly debated, almost without exception reviews which have occurred following adverse events call for strengthening of safety and quality systems and high level scrutiny of HSO practices and the greater involvement of consumers in all aspects of the health system. This can only be a good thing!

Protecting all consumers starts with some of the most disadvantaged

2018 Health Literacy Survey – Do Australian consumers have a healthy understanding?