The consumer and community involvement journey – where to next? 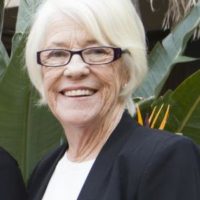 Anne McKenzie AM commenced in 2004 as the Consumer Advocate at The University of Western Australia and Telethon Kids Institute. She developed a program to increase consumer and community involvement in health research that is now recognised internationally. She leads the WA Consumer and Community Health Research Network, establishing a Strategic Framework and Program of Work for consumer and community involvement across the WA Health Translation Network’s partner organisations. A senior consumer representative for Consumers Health Forum of Australia, and former Chair of Health Consumers Council WA, Anne serves on state and national health and research committees. She was appointed a Member of the Order of Australia for significant service to community health through consumer advocacy and policy research and development.

Often when undertaking a journey, it’s the fork in the road that forces decision-making about the best way forward to ensure you arrive exactly at the destination you are aiming for. I see the movement to increase consumer and community involvement in health and medical research in Australia at this pivotal junction.

Will we go left or right, stay in neutral at the fork or charge full steam ahead?

In 1998 the Department of Health and Ageing commissioned the Wills Review to review health and medical research to identify threats, future opportunities, and make recommendations to optimise health outcomes. The Consumers Health Forum made submissions to this review about:

Following the release of the final report of the Wills Review, the National Health and Medical Research Council (NHMRC) funded the Consumers Health Forum to conduct a consultation process which generated 60 submissions and involved roundtable discussions in four cities.

For other areas of research involvement, requirements from funders were ad-hoc and mainly limited to the goodwill and interest of researchers.

When I started as the Consumer Advocate at The UWA School of Population and Global Health and the Telethon Kids Institute in 2004, the only area of research requiring consumer and community involvement as a condition of funding was research conducted with Aboriginal and Torres Strait Islander people. For other areas of research involvement, requirements from funders were ad-hoc and mainly limited to the goodwill and interest of researchers.

More recently Cancer Australia’s and state-based Cancer Councils’ requirement for the inclusion of consumer involvement in all grant applications has made a significant change in practice in this area. Unfortunately in many other areas of health and medical research there has been limited change.

In spite of these limitations there have been some massive changes in the landscape with regards to attitudes, awareness and behaviours towards meaningful consumer and community involvement. There are now many examples of best practice activities happening across Australia in research areas such as cancer, kidney health, HIV/AIDS, cystic fibrosis, diabetes, dementia, rare diseases, mental health, disability, Fetal Alcohol Spectrum Disorder (FASD) and big data research to name a few. These examples cover all types of research including laboratory, clinical and population health with a diverse range of people across the Australian community.

An exemplary model of best practice across multiple disciplines can be taken from research being conducted at Telethon Kids Institute into alcohol consumption in pregnancy and FASD. This research program covers health, prevention, clinical services, justice and education and is done in collaboration with communities, universities, government agencies and non-government organisations. Professor Carol Bower, a leading researcher in this research area said, “The impetus for the research came from a parent advocate in 2000 who felt that nothing was happening in FASD in Australia. Having the community involved keeps you grounded because you know what is important to them. I strongly recommend involving the community at every stage of the research to make sure their voice is heard loudly and clearly”.

In WA, funding from Lotterywest in 2016 enabled the expansion of an existing involvement program established in 1998, into the Consumer and Community Health Research Network. Support is provided to the WA Health Translation Network’s 22 partner organisation by a team of nine staff.  Services include: support and advice, community links and networks, resources and training and a range of tested methods for involvement. They are provided to researchers, clinicians and students in universities, research institutes and tertiary hospitals. The Involvement Network has in excess of 1900 community members and researchers registered and currently there are 560 consumers and community members serving on a range of decision-making committees.  As well contributions are made to national initiatives being undertaken by the NHMRC, the Department of Health, and organisations such as the Australian Clinical Trails Alliance. Internationally staff are involved in a range of initiatives in the UK, USA and Canada.

I believe a real shift in thinking and practice is required to ensure we get to a place where all stakeholders, including the community, are integral to research decision-making.

Where to next? I believe a real shift in thinking and practice is required to ensure we get to a place where all stakeholders, including the community, are integral to research decision-making. These changes are vital with major changes being undertaken at the NHMRC to its grant schemes and peer-review processes and the establishment of the Department of Health’s Medical Research Futures Fund.

Australia needs more than stated commitments. To build on the increasing recognition and acceptance of the value of consumer and community involvement, appropriate strategies, plans and mechanisms are needed to support widespread implementation. This should include across the board requirements from all funding bodies to ensure consumer and community involvement in all health and medical research is standard practice. Without this we will not reap the real benefits the community can contribute to research and they will remain a bystander rather than a co-driver of research priorities, policy and practice.

There is also a danger of Australia being seen on the international stage as only giving tokenistic lip-service to meaningful involvement. Our current ad-hoc practices are not aligned with funded initiatives such as whole-of-government strategies for involvement in all stages of research being implemented in other developed countries.

More of the status quo, where involvement is a requirement for some and an option for others, places us in the very risky position of taking a wrong turn or indeed remaining stuck at the fork in the road.

Research delivering value to the community

How should Australia make the most of consumer participation in health services research?