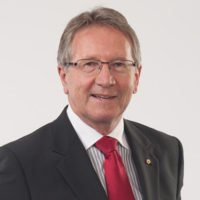 Dr Jeffrey Harmer AO chairs the Private Health Ministerial Advisory Committee. He has headed two large Commonwealth departments: the Department of Families, Housing, Community Services and Indigenous Affairs and the Department of Education, Science and Training. Previously, he was Managing Director of the Health Insurance Commission (now Medicare Australia). In 2008-2009, Dr Harmer led a review of the adequacy of the Aged Pension and Disability Support Pension in Australia. He was also a member of the panel, chaired by Dr Ken Henry, to review Australia’s Future Tax System.

The Australian Government’s 2015 private health insurance consultations revealed widespread community and industry concern around the complexity of private health insurance and consumers’ access to easily understandable information about what their policy will and will not cover. The consultations found that the way product information is presented is a particular source of confusion for consumers. There is significant variability in the terminology insurers use to describe what’s covered, and this makes it difficult for consumers to understand and compare policies.

There has been growth in the number of low priced products on the market, including policies that only cover treatment in a public hospital or exclude a majority of services. Some consumers may see value in these products as they do allow access to treatment with their doctor of choice as a private patient in a public hospital. However, consumer groups and providers have suggested that increasing numbers of consumers are purchasing products without a proper understanding of what’s covered. When they require hospital treatment these consumers are surprised to find they are not covered and/or face considerable out-of-pocket costs.

It’s also clear that consumers are increasingly concerned with the affordability of private health insurance as premiums continue to rise.

Increasing health costs and growth in the number of services delivered are leading to higher premiums. It’s becoming clearer that increasing numbers of consumers are finding it difficult to meet these costs.

We have a key role in advising the Minister on the Government’s reform agenda. The main areas to be considered by the Committee include: simplifying private health insurance products; improving the quality and transparency of information provided to consumers; and taking costs out of the system to ease pressure on premium rises.

Reforms to product design aim to simplify private health insurance by developing easily-understood categories of cover, such as Gold, Silver and Bronze. These changes will help consumers compare products more easily and better understand what they are (and are not) covered for. The Committee is well progressed in its consideration of this issue.

The Committee has established working groups to assist on a number of policy areas, including: improving the quality and transparency of information provided to consumers; developing standard clinical definitions to describe services that are covered by private health insurance; and possible reforms to hospital contracting and private health insurance default benefit arrangements.

The Committee is also looking at how to deliver better value for Australians living in rural and remote areas. A workshop held in late-2016 brought together key groups, including consumers, doctors, hospitals and insurers, to discuss these issues. Committee members are doing further work to finalise options to improve value for rural and remote consumers.

The Committee has considered the issue of consumer out-of-pocket costs, with a focus on medical gaps.

Consumers are unhappy about the size of many medical gaps, and the fact that these gaps are often unexpected. The Committee recognises that the Government has limited options for regulation in this area. Despite this, we are keen to look at opportunities for industry participants – doctors, insurers and hospitals – to work together to address this important issue and provide better value for consumers.

The Committee is still developing reform options and is yet to finalise any positions. The Committee is advisory in nature, so any recommendations are not binding on Government.

The Committee is keen to maintain an open dialogue with consumers and the private health sector. We are committed to being as transparent as possible while we develop our advice to government. Our website contains meeting summaries outlining the major issues discussed at all Committee and Working Group meetings.

Health insurance: a question of value