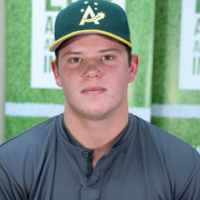 With a father and grandfather who were professional baseball players, it’s little wonder that Mitch also found his calling on the baseball field. At 16, he was one of the youngest players to play in the Australian Baseball League. He represented Australia at the u16 level in Mexico and again at the u18 level in Canada. This year he will represent Australia again at the u23 level in Columbia. At the end of the 2017/18 ABL season Mitch became a hot commodity for Major League Baseball teams to sign as an international free agent. After receiving numerous offers and weighing those up against almost 50 college scholarship offers Mitch decided to turn professional and sign with the Philadelphia Phillies, inking a seven-year deal with one of the world’s biggest sporting organisations.