Research nothing about us without us 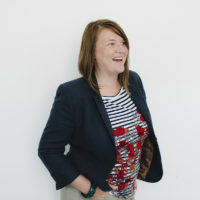 Helen Dickinson is Associate Professor of Public Service Research at the School of Business, University of New South Wales, Canberra. Her expertise is particularly in relation to topics such as governance, leadership, commissioning and priority setting and decision-making. Helen has published 16 books and over 50 peer-reviewed journal articles on these topics and is also a frequent commentator in the mainstream media. She has worked with a range of different levels of government, community and private organisations in Australia, UK, New Zealand and Europe on research and consultancy programmes.

In recent years we have seen the active engagement of consumers in health and medical research become a central part of policy agendas across countries such as the UK, US, Canada and Australia.  There are a number of drivers for this.  The phrase ‘nothing about us without us’ has been used to give voice to the idea that those who are affected by research have a right to influence what is researched and how this is done.  Given that health and medical research is often funded through public resources and is in the public interest it is also argued that consumers should have a say in helping to prioritise the spend of these funds.  Moreover, the involvement of consumers can play an important role in the ownership and dissemination of research findings.

A number of the benefits of consumer engagement in research are echoed in the joint statement developed by the National Health and Medical Research Council and the Consumer Health Forum of Australia.  This statement sets out a vision of ‘Consumers, community members, researchers and research organisations working in partnerships, to improve the health and well-being of all Australians through health and medical research’.

Yet, despite that fact that we have a seemingly broad acceptance of the potential benefits of involving consumers in health and medical research in Australia, there arguably remains somewhat of a reluctance by some groups to engage in these activities.  Although statements of intent are frequent, implementation plans and structures and mechanisms to support consumers and community participation in health and medical research can be found to be lacking.  A Commonwealth Government strategic review found that consumer engagement largely remains piecemeal and requires significant local leadership to ensure that consumers are meaningfully involved in all stages of research processes.

This research was designed to give voice to those who we often hear less from in debates around the NDIS – the consumers of the scheme and people with disability more broadly.

In this piece I reflect on a recent project I led exploring consumer perspectives of the National Disability Insurance Scheme (NDIS) and which was co-produced with a group of individuals with disability to provide an example of potential research approaches, their benefits and limitations.  This research was designed to give voice to those who we often hear less from in debates around the NDIS – the consumers of the scheme and people with disability more broadly.  But it was not without challenge and there is much we can learn from this example for future research projects.

The NDIS is the most significant reform of disability services in Australia in a generation. The scheme aims to increase both the funding available for disability services and the control that people living with disabilities have over the design and delivery of their care. Given the scheme’s promise to ‘support a better life for hundreds of thousands of Australians with a significant and permanent disability and their families and carers’, we wanted to explore the degree to which its objectives and principles are being achieved in practice from the perspective of consumers.

Our participatory and collaborative method for the research ensured that people with disabilities were involved in designing the study, collecting and analysing the data, and writing up and disseminating the findings. This approach was important in the context of Australia’s obligations under the Convention of the Rights of Persons with Disability, because people living with disabilities continue to struggle to have their voices heard in national and local debates focusing on the implementation of the NDIS. There appear to have been few efforts to ask people with disabilities, or those caring for people with disabilities, about their experiences of the new scheme and what kinds of changes have they noticed. Our participatory research method brings these perspectives into the research and combines lived experience (‘insider’) and academic (‘outsider’) perspectives to enhance the validity and relevance of research findings.

The university-based researchers established the project, obtained funding and secured ethical approval to conduct the study. Community researchers were recruited by circulating information about the study on social media, and through services supporting people with disabilities and academic centres involved in disability-related research. The community researcher positions – reserved for people with disabilities with an interest in academic research – attracted strong interest. Nine candidates were subsequently employed by The University of Melbourne as casual academic researchers at the award rate for Research Assistants.

In total we conducted 42 interviews for the study, with people with disabilities in the NDIS (n=26), and parents or adult children caring for people with disabilities in the NDIS (n=16). Our findings shed light on the progress of the NDIS towards giving people with disabilities more choice and control over their care; making the funding and organising of disability services less complex and more efficient; and promoting equity of access to services and support (and more on the findings can be found in the research report).  The community researchers played an invaluable role in reporting the findings of the research and as a team we met with policy makers and professionals from a range of government agencies, community organisations and media outlets.

While we acknowledge the benefits of reform of disability services in Australia, we also acknowledge the barriers some people with disabilities face in exercising choice in a contestable, client-driven system. It is important for policy makers and practitioners to recognise the implications of this, including how it fits with other values that promote the safety, well-being, respect and dignity of people living with disability. In this study, we deliberately adopted a participatory research approach to involve people with disabilities in designing the study, gathering and interpreting data, and writing up and presenting the findings. We believe the combination of our individual team members’ strengths has produced rich and nuanced findings about service user’s experiences of the NDIS to inform both policy and practice.

Consumer Involvement in Health and Medical Research: What’s driving change and how can health consumers contribute?