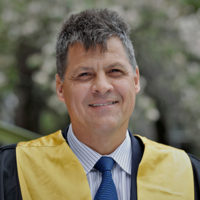 Dr Lawrie Malisano (MBBS, FRACS, FAOrthA) is a Senior Specialist at the Royal Brisbane and Women's Hospital and has an education role with the University of Queensland Medical School.  Dr Malisano is the first Vice President of the Australian Orthopaedic Association and a Council Member of the Royal Australasian College of Surgeons, where he is Chair of Professional Standards which oversees initiatives aimed at ensuring long-term access to safe, high quality and sustainable surgery in Australia and New Zealand.

The Royal Australasian College of Surgeons (RACS) is aware of the increasing costs associated with providing health services in Australia, including surgery, and the significant challenge this poses to the government and the health sector. The system is under pressure due to a range of factors including the burden of chronic disease; demographic changes; workforce distribution; and increasing costs associated with technological advances. In 2014-2015 Australia’s health expenditure was $161.6 billion, with the share of GDP represented by health reaching 10 per cent for the first time. At the same time, an increasing number of Australians are cancelling or reducing their private health insurance cover, citing value for money and concern about the complexity of private health insurance as key factors influencing their decision making.

The role of private health providers in the delivery of surgical services in Australia is significant and RACS recognises the important contribution of the private sector in the financing and delivery of health services under the Medicare framework. In 2013-2014, public hospitals provided approximately 29 elective admissions involving surgery per 1,000 population and private hospitals provided approximately 57 per 1,000 (figures from the AIHW here). A significant shift away from the private sector would increase pressure on governments to provide those services and likely increase waiting times for elective surgery to the disadvantage of patients. The long term viability of the private health model in Australia will also decline if health insurance premiums continue to rise above CPI and wages growth. The industry weighted average premium increase in 2017 is 4.84 per cent, with the cumulative average increase in premiums totalling 33.47 percent since 2012.

In addition to high annual premiums, reports about high out of pocket costs being incurred by patients continue and will likely influence the uptake and retention of private health insurance in the future. Attempts to deliver low-level private health insurance policies have done little to reduce the burden on public funding or reduce out of pocket costs. Exclusionary policies often offer little or no value to consumers and leave patients vulnerable to significant out of pocket or upfront costs, which has the potential to influence their decision making around treatment options. We advocate that these policies be discontinued and would support initiatives that improved transparency and assisted consumers in gaining a better understanding of rebates associated with their policy.

Discussions about out of pocket costs are often associated with the fees charged by hospitals and medical practitioners.

RACS has taken the position that extortionate fees, or where fees are manifestly excessive, bear little if any relationship to the utilisation of skills, time or resources, and are exploitative and unethical.

A series of documents has been developed that outline our position including Excessive Fees, Informed Consent and Informed Financial Consent. RACS has also prepared a patient information sheet which advocates that patients take an active role in discussions with their surgeon about all available treatment options; that patients are given full disclosure and transparency of fees as early as possible in the patient-doctor relationship; and that concerned patients should seek second opinions on recommended treatments and fees.

At a systemic level, purchasing or contracting arrangements between private health insurers and hospitals can significantly impact upon out of pocket costs or cost variation, and continue to remain opaque to patients and medical practitioners. For example, prosthesis prices in the Australian private hospital setting are amongst the highest in the world, with estimates indicating that prosthesis benefit payments comprise 14 per cent of total reimbursements by private health insurers – totalling $1.9 billion in 2014-15. RACS encourages greater transparency in relation to the disclosure of any negotiated conditions which may affect clinical decision making by doctors and patients.

Beyond discussions about the role of private health insurance in the Australian healthcare sector, there are a number of other initiatives underway that can support patients in making more informed decisions about their healthcare and improve affordability. RACS has been actively involved in the Choosing Wisely Australia campaign, which aims to help healthcare providers and consumers start conversations about improving the quality of healthcare by eliminating unnecessary and sometimes harmful tests, treatments, and procedures. We have also worked collaboratively with Medibank to establish a series of Surgical Variance Reports, which aim to address the paucity of available information to surgeons on indicators such as the median length of patient stay, rates of readmission or admission to an intensive care unit (ICU), and prices charged for services, for different procedures within their speciality, and particularly in the private sector. The data in these reports do not define best practice, however it is hoped that by highlighting variation in practice, we will be able to improve clinical outcomes and patient care.

RACS supports the principle of universal and sustainable healthcare provision across all communities in Australia and acknowledges the important contribution the private sector makes in the financing and delivery of health services under the Medicare framework. We support measures aimed at reducing complexity and improving consumer information about private health insurance coverage and which give consumers more transparency in private health insurance packages and interactions with health care providers. Strategies to reduce growing out of pocket costs including exclusionary policies that offer little or no value to consumers must be addressed. A consistent approach to the use of quality indicators for performance that are supported by a rigorous evidence base and subject to regular review would also be of significant benefit to the ongoing quality improvement of the healthcare sector.