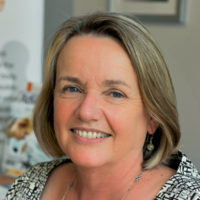 Alison Verhoeven is Chief Executive of the Australian Healthcare and Hospitals Association, the independent peak membership body and advocate for the Australian healthcare system and a national voice for universally accessible, high quality healthcare in Australia. Its members include public and not-for-profit hospitals, primary health networks, primary and community health services, universities and individual health leaders. Ms Verhoeven has broad experience in health, education, corporate governance and communications, and has worked in both the private and public sectors in Australia, the Asia-Pacific region, and Europe.

Private health insurance policies are complex and do not readily support comparisons, accurate assessments of costs and, in some cases, may include possible misrepresentations of products and their value.1

While health costs keep rising by more than inflation the ease with which the Commonwealth approves insurance premium increases does nothing to exert downward pressure on those costs.2

Private insurers3 and private hospitals4 have stated that public hospitals treating private patients is largely to blame for premium increases, but their arguments ignore key data and do not consider the mixed public-private nature of Australia’s health system.

Between 2009–10 and 2013–14, after adjusting for inflation, total funding for public hospitals increased by an average of 4.2 per cent each year. However, the proportion of public hospital funding by the Australian Government decreased from 38 per cent to 37 per cent.7

Private hospital funding from state and territory governments has almost doubled over the past decade—and is growing faster than funding for public hospitals.

State and territory governments’ recurrent expenditure in private hospitals in 2014–15 was $621 million, an increase of 19.4 per cent on the previous year, and almost double the expenditure in 2004–05 (in constant prices, $314 million). This represents an average annual growth rate over the decade of 7.1 per cent. In comparison, the average annual growth rate in state and territory government recurrent expenditure in public hospitals was 4.7 per cent over the same period.9

What factors have driven growth of private health insurance use in public hospitals?

The Independent Hospital Pricing Authority’s recent report on public hospital service utilisation by private patients14 examined the extent to which activity-based funding, and its implementation in the states and territories, had contributed to the increase in use of private health insurance in public hospitals.

It’s more than about who pays for what

Foundational principles of Australia’s universal health care system is that clinicians are free to provide their services as private providers; and that patient choice is available, both for services from clinicians and from hospitals. In many parts of regional, rural and remote Australia, there are no private hospitals available—and for patients to exercise choice regarding clinicians, the opportunity to use private health insurance in public hospitals must be preserved. Recruitment and retention of workforce in regional, rural and remote areas is also underpinned by the opportunity for providers to be able to offer private services in public hospitals.

State and territory health departments have protocols and guidelines regarding communications with patients about the use of private health insurance, and associated complaints mechanisms. A more fulsome analysis of public hospital service utilisation by private patients would examine how these protocols are implemented in hospitals, and any related complaints data.

The Australian health system and its model of universal health care are complex – with public and private providers, public and private sources of funding, concepts of patient choice and equity of access, clinicians as business owners and as employees, sitting side by side. Changes to that system, such as potentially limiting the use of private health insurance in public hospitals, need to be made with care as there are many possible consequences: including funding pressures for public hospitals, difficulties with recruiting and retaining clinicians, reducing choice for patients whose preferred clinician may also prefer to practise in a public hospital, and decreasing the value proposition for private health insurance where private hospital services may not be available. This issue should be examined as part of an overall review of health system funding in Australia – to ensure that we maintain a strong universal health system with care available and affordable for all who need it, not just those who can afford it.