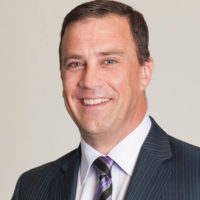 Michael Roff has been the Chief Executive Officer of the Australian Private Hospitals Association APHA, since 2000. APHA represents a diverse membership that includes large and small hospitals and day surgeries, for profit and not for profit hospitals, groups as well as independent facilities, located in metropolitan, regional and rural areas throughout Australia. Michael serves on the Board of the Australian Council on Healthcare Standards in addition to holding appointments on a wide range of government and industry advisory bodies.

Few consumer products are as complicated and difficult for the purchaser to understand as a private health insurance policy.

With confusing and inconsistent medical terminology, complex rules, waiting periods, exclusions, restrictions, benefit limitations, excesses and co-payments – private health insurance policies seem designed to addle rather than assist. It’s little wonder that consumers find it difficult to compare policies, adopting a set and forget mentality towards their insurance. But does it have to be this way?

One of the key issues is the growth in so-called “junk” policies, which exclude cover for a range of different services. Between 2007 and 2016, the proportion of health insurance policies with exclusions jumped from 7 per cent to almost 39 per cent. Health funds argue exclusions are a valid way for members to reduce their premiums as they don’t have to pay to cover services they don’t need.

There are several problems with this argument. Firstly, exclusionary products undermine community rating (the principle where all members pay the same premium regardless of age or health status). While the young and healthy might choose to exclude cardiac surgery or joint replacements, the elderly and infirm can’t take that risk, so they are forced to take out a more expensive product – this is not how community rating is supposed to work.

However, the bigger problem is that very few consumers are able to adequately self-assess their own risk of requiring particular hospital services, meaning millions of people are probably holding health cover that does not meet their needs. Indeed, research conducted by the APHA shows that 39 per cent of Australians with health cover don’t know if their policy has any exclusions. Of those who do know they have exclusions, almost a third could not name the services that were not covered.

Private hospitals recognise and understand the challenges for consumers. As the interface between the insurance company and the consumer, hospital staff are often in the unfortunate position of having to inform patients their insurance policy will not cover them for a required procedure. These are difficult conversations. The patient is told they can go ahead with the procedure in the private hospital and face large out-of-pocket costs, or try their luck in the public system with the inherent uncertainty that entails.

This must change, and the work being progressed by the Private Health Ministerial Advisory Committee has the potential to deliver big wins for consumers. For example, developing a common list of clinical definitions will make it easier for consumers to know what their policy covers.

Did you know that different health funds describe cover for cataract and eye lens procedures in 15 different ways? If one policy says it covers you for lens procedures, is this the same as a different policy that has cover for major eye procedures? We need one set of common definitions that all funds must use.

Similarly, the development of a product categories (Gold, Silver, Bronze) where everyone understands what each category does and doesn’t cover will make product comparison a much simpler task.

Another area of work involves the information provided to consumers by health insurers. APHA has long advocated that health funds should regularly provide members with information about what is not covered in their policy, with recommendations to review their cover as they move through different life stages. This should overcome the “set and forget” regime where somebody in their 20s takes out a policy with a cardiac exclusion, only to suffer a cardiac episode in their 40s and “discover” they are not covered.

All of this will help deliver better value health insurance that is easier to understand, but another key issue that needs to be addressed is affordability. Premiums are increasing above CPI year after year, but why is this happening?

Between 2010 and 2016 hospital benefits paid out by health funds increased from $6.1 billion to $9.6 billion. Health funds point to figures like this to assert ‘hospital costs are out of control’, but a look behind the headline numbers tells a different story.

Over the same period, the number of people insured increased by 1.4 million. More people covered means more people claiming and this accounted for 25.4 per cent of the increased payout.

Growing utilisation also had a big impact. We know that people use more health services as they age, and the insured population is actually older than the general population. In the six years to 2016 the number of hospital episodes per 1000 people insured increased by 20 per cent, accounting for another 40.2 per cent of the benefits paid out by funds.

This is now costing the health funds $1.1 billion a year, not to mention the cost shift to the Commonwealth (who pick up 75 per cent of the MBS costs for private patients in public hospitals) and to the consumers who are often left with out of pocket costs, all to access a public hospital bed which every Australian is entitled to do free of charge.

Ending this practice could deliver a reduction in health fund premiums of more than 10 per cent.
While means-testing the health insurance rebate was a sensible policy change, affordability has been adversely impacted by changes to indexation of the rebate which has seen the real value of the rebate erode over time. This issue will become worse unless the Government reverts to the original policy settings.

While there are a range of challenges for consumers in managing private health insurance policies there appears to be the political will, and the right people around the table, to see some genuine change in this area. APHA fully supports all moves to make private health insurance policies that are simple, easy to understand and truly meet consumers’ needs.